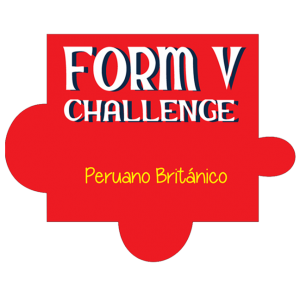 On a hot and humid Wednesday, 20th March, sixty Form V students from Cambridge College, Hiram Bingham School, Newton College, San Silvestre School, St. George’s College and Colegio Peruano Británico came together in mixed-school teams to answer general knowledge questions and complete two challenges. From questions on paintings and their artists to those on Britain, from song titles to riddles and Peru to cartoon villains, the teams battled it out for just under an hour and a half, finishing with a challenge to construct a pyramid from balloons. It was a final chance to share with other British schools’ students before finishing their school life, one that challenged and demanded of each of them, but which allowed them to enjoy the feeling of team spirit.